The Rise of the Creative Class

Raw materials used to be thought of as the key to economic success – coal or iron or oil. No longer, says Richard Florida: what matters today is 'human intelligence, knowledge and creativity'. We are seeing - in the words of the title of his book – The Rise of the Creative Class. 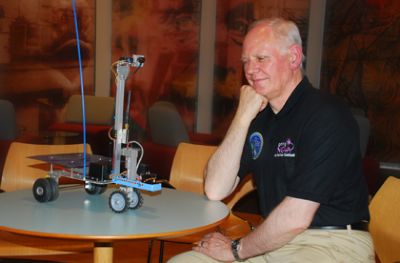 The transformation taking place is, he says, as big as the Industrial Revolution which took us from an agricultural society to industrial capitalism. That tectonic shift brought raw materials and physical labour to the fore. Today what drives economic change is people, and he puts no less than 30% of the American workforce into the 'creative' category.

There are two sections of the Creative Class. The first consists of the people who we often think of in 'creative' terms – researchers, artists, designers, writers, people who break new ground with fresh ideas. The second section consists of people who have to solve problems creatively, drawing on ideas from the first group – 'creative professionals' in fields like new technology, financial services, business management, healthcare.

Conventional wisdom is that these people migrate to follow employment opportunities. In other words, industrial growth is seen as primary. No, says Richard Florida, it's the other way round. The creative people come first and generate the economic growth. What drives that growth (or limits it) is the degree of presence (or absence) of the Creative Class.

'Traditional models say that economic growth comes from companies or jobs or technology,' he says. 'These models are good starting points but they are incomplete. Technology is important. But other factors come into play as well.'

Traditional models rely on attracting companies, sometimes with generous relocation packages. Richard Florida looks at something more fundamental – the seed-bed from which new companies grow. The starting-point for economic development, he says, is to make an area attractive for the Creative Class. 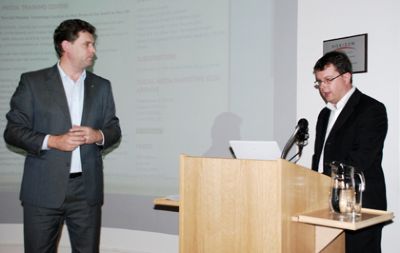 What are the creative people looking for in a location? Richard Florida identifies three Ts that make all the difference.

First of all, there is T for Talent – creative people want to come to a place where there are other talented and lively people around. They are looking  for skilled people to work with them – and also for a creative buzz in which ideas can be bounced around and new projects develop.

Technology is another essential T. An area has to have core technology in place for creative workers to function effectively. The nature of the necessary technology depends on the people concerned. For just about everyone it would include good broadband and office equipment servicing. Individual requirements might be in fields such as electronic construction, photographic systems, metal-working, microscopy... whatever the person needs to access for their work.

And the third T is a factor which Richard Florida says can make all the difference as to whether or not a place is attractive to the Creative Class.

'Tolerance is the third T. It critically affects the ability of nations and regions to mobilize their own creative capacities and compete for creative talent. Clearly, the more tolerant or open a nation or region is, the more talent it is able to mobilize and attract.

'This is a critical dimension of economic competitiveness today – unfortunately, it's one that is nearly absent from conventional economic models. For most of human history, wealth came from a place's stock or endowment of resources – for example, fertile soil, natural resources or raw materials. But that metaphor fails us today. Both technology and the talented and creative people that create it are highly mobile economic resources.

'The key dimension of economic competitiveness no longer lies in large endowments of raw materials or natural resources or even labour cost advantages. Rather, it turns on the ability to attract, cultivate and mobilize creative assets.'

Florida quotes from a large-scale survey of workers in information technology, who were asked what was the main criterion in moving jobs. It turned out not to be money. Ranked above that were such aspects as: 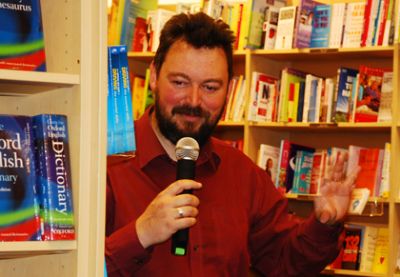 Rethinking the factors for growth

The implications of Richard Florida's ideas are immense. If he is right, then the starting-point for major economic growth of an area, for repositioning itself as a centre of industries of the future, is...  the quality of its environment for the Creative Class.

In other words, a pleasant urban environment and a vibrant cultural life are not optional extras or the icing on the cake: they are the oven that the cake is baked in.

All the various forms of development assistance are still important, of course. But something that might have been though the domain of the arts rather than of business – the cultural environment - is seen by Rochard Florida as being up there with the grants and loans and development packages.

So if we want to get a foothold in the industries of the future, we have, according to Florida, to work hard at developing a creative climate and a pleasant environment.

There are numerous examples to confirm that this approach works. John M. Eger, the Director of The Califiornia Institute for Smart Communities at San Diego State University, has listed some of them, in a paper entitled The Creative Community: Forging the Links between Art Commerce Culture & Community.

'When Prashanth Boccasam founded a small software company in the fall of 2001, he could have remained in Houston, where he lived at the time. Instead, he chose to relocate Approva Corp. to the Tyson's Corner section of Washington, D.C., which had much more to offer culturally than Houston. It had become clear to him that the young, talented people he was trying to hire all wanted to reside in a place with a healthy and vibrant cultural life.

'The decision paid off for Boccasam, who was able to attract a number of interns from Yale and Harvard because they wanted to come to D.C. - something he didn't figure he would be able to do if he had chosen to remain amid the strip malls and fast food restaurants that dominate the Houston landscape.'

Other success stories highlighted by John M. Eger include Seattle.

'The city's latest effort involves a growing consortium of private companies and government agencies that is revolutionizing the design and construction of everything from downtown skyscrapers to residential streets,' he says.

'For example, the Seattle Justice Center, which is approaching completion, will feature a "living roof" that will be covered with grasses and other green plants instead of metal or concrete. This will reduce the costs of cooling and heating the building (due to improved insulation), reduce the flow of storm runoff into Puget Sound, create soothing scenery for workers and visitors and provide habitat for birds.

' "Restorative redevelopment' is another of Seattle's current initiatives that is sure to be imitated by other cities in their efforts to become creative communities. Thirty-eight neighbourhood plans are in various phases of implementation, and almost all of them call for significant capital investments such as sidewalk and street improvements, as well as new or expanded community centers, parks and libraries. This brand of redevlopment will incorporate new approaches, technologies and products that are healthier for people and the environment and that emphasize the arts.'

The message from Richard Florida might be expressed thus: If you want to grow new industries, you have to start from seeds and encourage them with water and fertiliser at various stages of development. But you also have to prepare your seedbed and the microclimate in which the seeds will grow.