In The Rise of the Creative Class, Richard Florida tells us that the key indicator of economic potential for the future is the number of people handling ideas. What encourages them into a region, he says, is the strength there of the 3 T's – Technology, Talent and Tolerance. 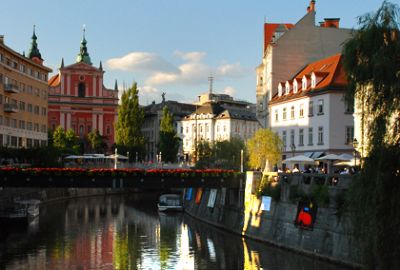 He provides numerous illustrations for the US. But what about Europe and the UK?

Florida, along with Irene Tinagli, carried out a study in association with the UK think-tank Demos The results were published in February 2004 under the title Europe in the Creative Age.

First of all, how does Europe compare with the US in terms of the overall size of the Creative Class? In a number of cases, quite well. In seven out of 14 European nations studied, the Creative Class made up more than 25% of the workforce. And in three – Belgium, the Netherlands and Finland – it was very close to the US figure of 30%. The UK came into 4th position, with a figure of nearly 27%.

There are some surprises at the lower end of the scale, with Germany at only just over 18%, Austria under 17%, and Italy at a little over 13%, just ahead of Portugal.

Ireland is just a couple of points behind the UK, having experienced by far the highest growth in Europe in creative occupations over the past ten years – an increase of nearly 8% a year, more than four times that of anyone else.

So overall, the Creative Class is very extensive across Europe, but with marked differences between one country and another. 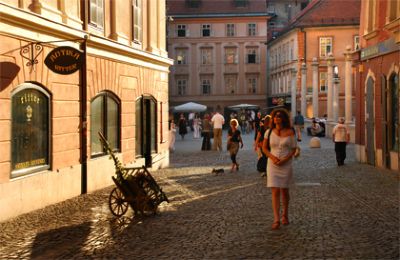 Then come the three T's. For Talent, the researchers compiled an index based on two factors – the percentage of graduates in each country, and the proportion of research workers and engineers.

Here Finland, the Netherlands and Belgium are again the top three, in that order. And again the UK is 4th place, this time with Sweden close behind.

For Technology, three separate measures are brought together – R&D expenditures as a proportion of GDP, patent applications per million population, and an index based on the proportion of hi-tech patents in fields such as biotechnology, information technology, pharmaceuticals and aerospace.

In the Technology rankings, Sweden is the top European country, although well behind the US. After Sweden come Finland, Germany, Denmark, the Netherlands, Belgium, France – and then the UK in 8th place. 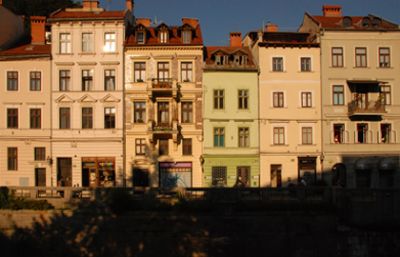 To get a Tolerance Index, a number of surveys were developed with a range of questions seeking out the degree of open-mindedness of society towards a variety of aspects of life – divorce, women's rights, immigration, individual rights and self-expression. Here some surprises appear.

Perhaps as might be expected, Sweden comes out in first place in the Tolerance league table. Denmark is next, followed by the Netherlands, Finland, Germany, and Austria; and the UK is in 7th place. But the US is a long way behind – in 14th place in the list.

The authors thus have three indices with which to measure the European countries in their sample: Euro-Talent, Euro-Technology, and Euro-Tolerance. Putting them all together, they get a single Euro-Creativity index. 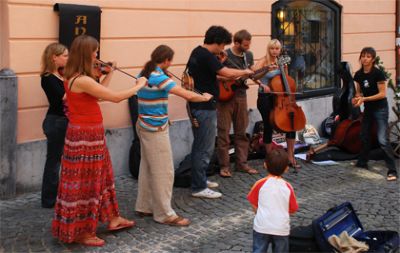 The winner in the Euro-Creativity stakes is – Sweden. It's ahead of even the US, which was pulled back by its poor Euro-Tolerance figure. Close behind the US comes Finland, and then the Netherlands, Denmark, Germany and Belgium. The UK is just behind Belgium, in 8th place overall.

And is there a trend in the pattern? By the nature of the Tolerance survey, it's not possible to project back to previous years, but for Talent and Technology the figures are there, and so from these two a Euro-Creativity Trend Index can be calculated.

For this Index, Ireland is at the top, followed by Finland, with both countries doing much better than the US, which is well down the list, in 10th place.

After Ireland and Finland come a group in the middle ground - Portugal, Denmark, Spain, Greece, Sweden, Belgium and Austria. But down at the bottom are Germany, the UK and France - 'indicating,' say the authors, 'that their historical advantage in Europe may be diminishing into the Creative Age.'

Leaders – the top performers include Finland, Sweden and Denmark, with Finland and Sweden actually ahead of the US. A second tier includes the Netherlands and Belgium. 'These countries are proving successful and are likely to continue to do well in the Creative Age,' is the verdict.

Up and Comers – not yet in the top group for the Creativity Index but showing high rates of creative growth. Ireland stands out in this group.

Losing Ground – countries scoring relatively high on the Euro-Creativity index but failing to sustain growth in their creative capabilities. 'They are falling behind in competiitve terms. Germany and the UK fall into this group.'

Laggards – countries with low Euro-Creativity scores and low rates of creative growth. 'They will find it hard to compete in the Creative Age,' say the authors. 'Italy is the classic case, although Spain, Austria, Portugal and Greece also appear to be in a difficult position. France also falls into this group.' 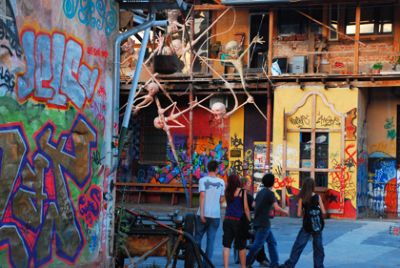 The analysis we're describing here was written five years ago, and the big question is: how well does it stand up to the new economic situation today?

For the UK, there's an interesting disparity between Talent and Technology. For Talent, based on the percentage of graduates and researchers and engineers, we are up in 4th place.

But for Technology, based on actual R&D expenditure and patents, particularly in hi-tech sectors, we are further down the list, in 8th place. At the top of that list is Sweden, the home of Saab and Volvo.

The relative placing raises two questions. Have we got an adequate research presence in key sectors for the future? And are we investing sufficiently in the 'D' part of R&D – turning a research discovery into a practicable patent or product?

There are plenty of other questions to ask, and much to agree or disagree with. We will soon be opening up a new discussion forum on which these and others can be aired – watch this space!