25 November 2012
Make it yourself at the T-Exchange

A technology revolution is on the way, bringing manufacturing into your office and home.

It’s part of the digital age, in which computers have brought to our desks many big activities that were previously the preserve of factories and specialist offices – for instant printing and desktop publishing.

Now a new type of printer is on the way, enabling the printing process to be extended to three dimensions – in other words building up a complete object, layer by layer.

The new printers can produce objects that up till now could only be made on a production line. Now they can be designed on screen and produced individually. The time is on hand when we will be able to order online various spare parts for cars and then print them off ourselves. 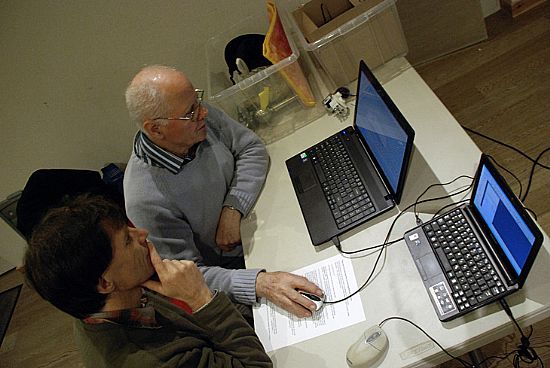 At the same time new types of electronic circuitry are coming onto the market, which can be put together to make powerful systems – for instance to control a robot. The new systems are very cheap, very easy to use, and very versatile.

So putting it all together, a powerful array of resources is now becoming available for the home user. Up till now the pattern had seemed to be for systems to get ever more bigger and more complex, so that the days of do-it-yourself were being replaced by the purchase of sealed black boxes. The old days of Meccano and home electronics kits seemed to have gone by for ever.

Now it’s back, with a much bigger array of equipment. To the nuts and bolts of Meccano are being added little packages of circuitry which pack a powerful punch – and all cheap and easy to get.

To explore the potential of the new technology, groups are coming together across the world. They often are called ‘makerspaces’ – the aim is to provide a welcoming location where ideas and equipment can be shared, and where people can work together to open up new opportunities for leisure and for business.

The Moray group is called the T-Exchange. Co-founder Bill Graham says that the T in the title could stand for Technology, but it also has other aspects. 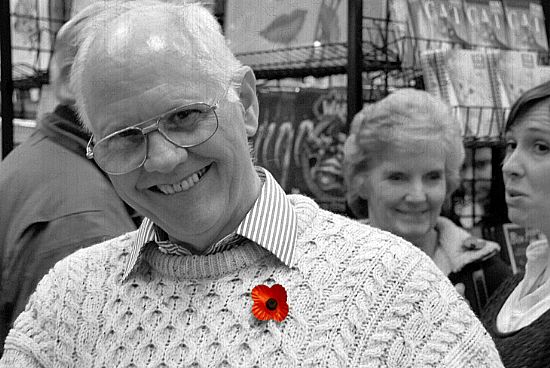 ‘It stands for Thinking, Tenacity, Telecommunications, Tools, Talk and the essential Tea,’ he says. ‘We aim to exchange all of these creatively.’

The group, formed with the support of the British Science Association, meets on the third Friday of each month in the Findhorn Village Centre. Membership is open, and members pay £3 per session, with under-18s free.

Tea and chat are part of the enjoyment, and a raspberry pie was served to accompany the arrival of one of the new Raspberry Pi computers.

The group’s approach is flexible. The new technology is such that at this stage no one knows where its biggest effects may be. It could be in the repair and customising of cars, in the design of jewellery, in the development of new types of textile – or in something not yet thought about. The opportunity is here now to explore, in the company of others who enjoy rolling up their sleeves to make things work.

Further information can be found on the T-Exchange website. 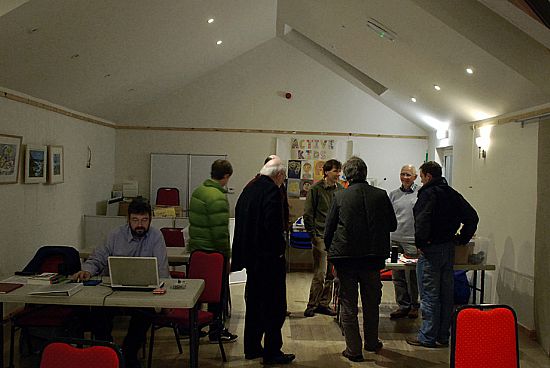 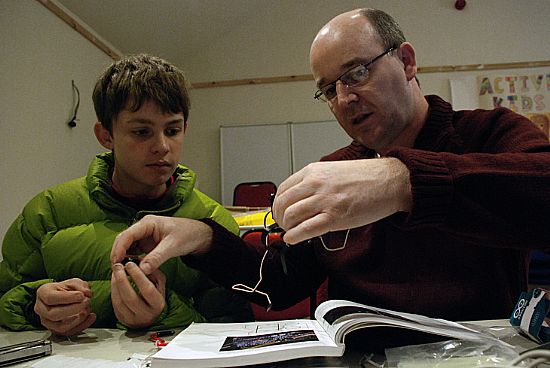 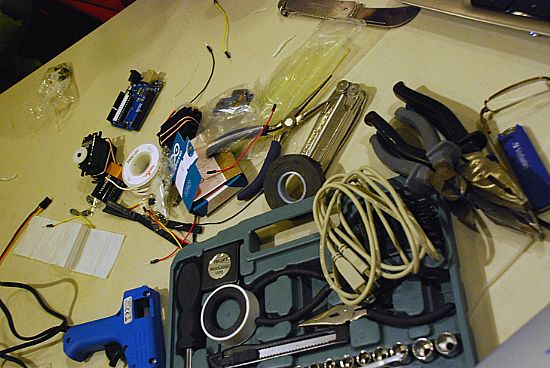 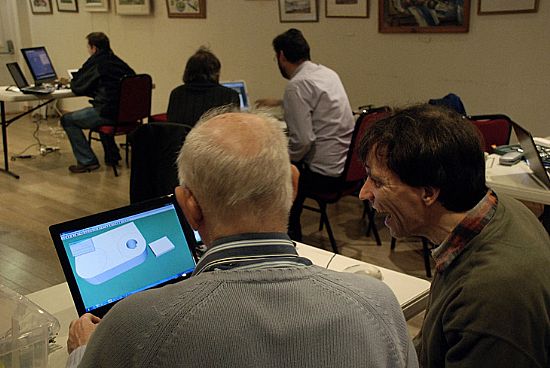 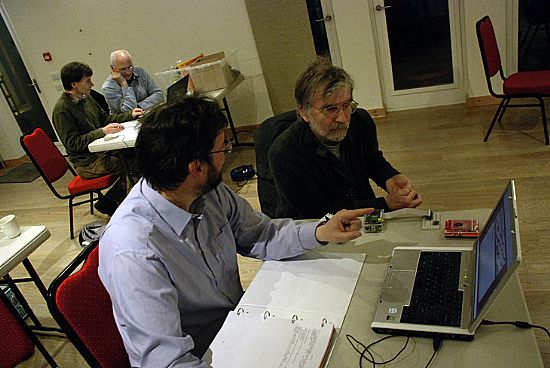 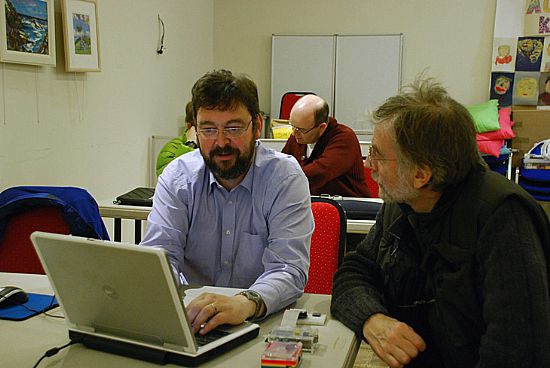 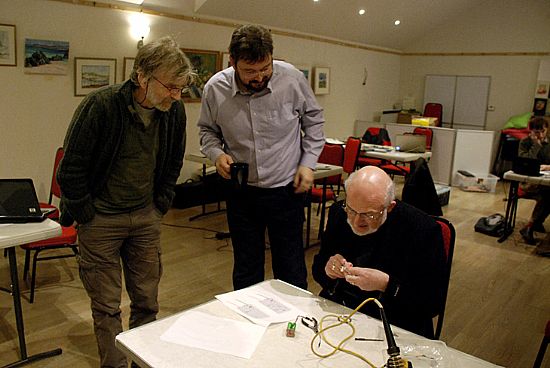 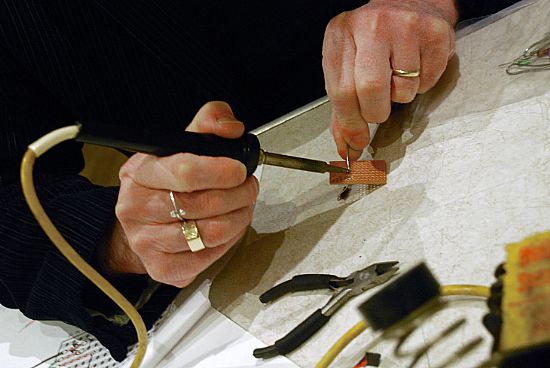 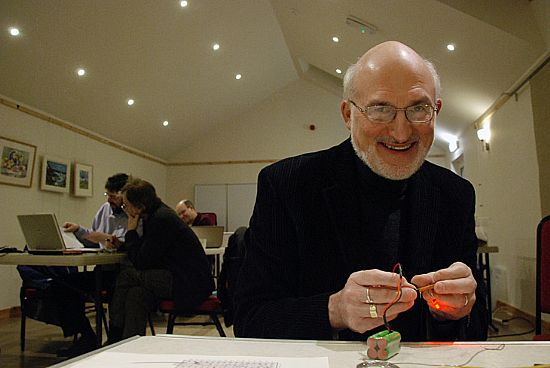 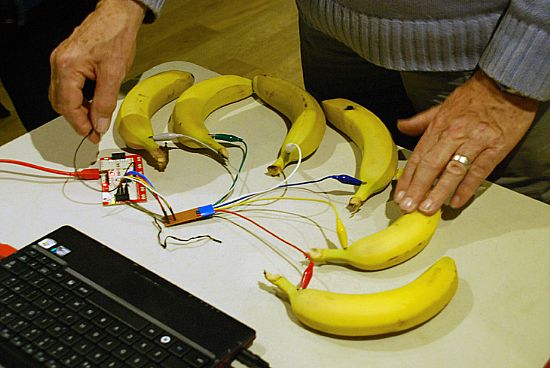 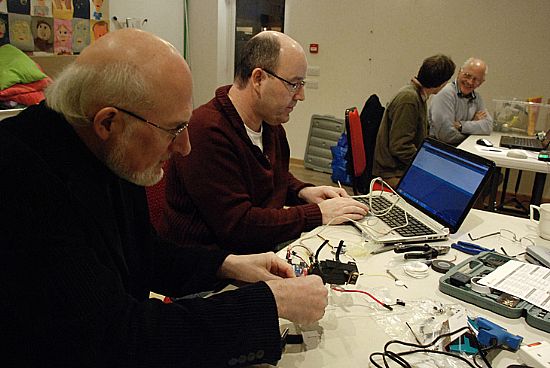